Open consciousness begins with a basic practice known as Open View. Surprisingly easy, but not easily remembered or practiced, open view simply involves opening our eyes and taking in as much as we can. Instead of looking at an object in a room, we take in an entire wall. Instead of looking at a shrub or tree out of doors, we take in an entire landscape, street scene, or an entire horizon. Open view is literally the practice of taking in an entire forest without distraction from the individual trees. 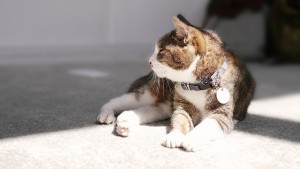 The cat lay in his favorite place on the floor. A beam of sunlight shown in, warming his fur pleasantly. To look at him, one might have thought he was asleep. But his eyes were not completely closed, they were partially open, and he was aware of the entire room. His breath was relaxed and deep, his heart beat at a steady relaxed rate. Out of the corner of his eye he caught a movement, and his focus instantly snapped to attention. A beetle scurrying across the floor. The cat was upon the beetle within the breadth of a heartbeat.

Jerry had been staring at his computer screen for 4 hours. He groaned, stretched, and recognized the pain in his lower back returning. He loved his work, he loved the way he got into a “zone” when he worked, but he also realized how tense it made his body and his mood. He barely tolerated interruptions when he was working, and often neglected to take care of his bodily needs.

Glancing up from his computer, he saw the office wall in front of him. He recognized individual familiar objects, books, a white board, guest chairs, a coat rack. He knew his eyes were open, but he also knew that his perception wasn’t. He had been focused on a single object, his computer screen, for a long time. He breathed deeply and opened his perception to take in the entire wall rather than the individual objects. 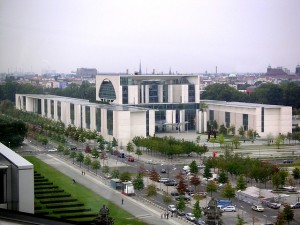 He then rose from his chair and stood at his window. Likewise, he saw familiar scenery, with trees, a parking lot, and some flowers and shrubs. He breathed again deeply and opened his perception to take in the entire landscape.

He noticed how his breathing slowed automatically, and became deeper. He even noticed his heart beat slowing. After a few breaths, he left the office to take care of himself and exchange greetings and ideas with coworkers.

Chandra was staring at her mother. The air was thick between them. She didn’t even remember how this particular conflict began. She noticed the tension in her muscles, the tightness of her breathing, even the tension in the muscles around her eyes and mouth. 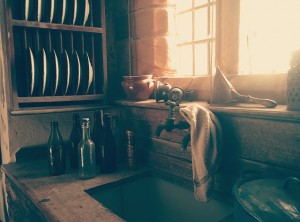 Consciously, she shifted her attention to the backdrop of where her mother sat. The familiar kitchen, with the window, butterfly drapes, ceramic sink, and painted cupboards. Although here eyes were open, she knew she had been concentrating on one place in the room, her mother’s face, which carried so much tension and distress, as much as she knew her own face carried. Breathing deeply, she opened her attention to the entire backdrop behind her mother. Having practiced open view in the past, her peripheral vision was also part of her perception, so she was able to take in almost the entire kitchen.

As her perception opened, she noticed her face muscles relaxing, he breath deepening, and her heart slowing. She noticed that her mother’s face was relaxing also. Smiling, she said “This is important mom, but we need to take a break to clear our minds a little. How about a cup of tea?”

If you are interested in learning more about Open View, Open Consciousness, and other practices that apply to Christian Tantric Meditation, consider attending a Workshop.

There are only a few days left to register for our Christian Tantric Meditation Workshops
on Saturday June 13 in Sautee Georgia near Helen Georgia.  It looks like we’re going to another beautiful weekend in the North Georgia Mountains!